The summer of 1942 was pretty average. From my research of weather records it was not far from normal until July 16th 1942. That evening Bayfield and the area got two times the entire July months average rain. Just under eight inches within a 24 hour period. It was just a huge summer storm. Something that perhaps only happens once in a lifetime. Of course April 2001 was pretty wet but it didn't come all in one night. 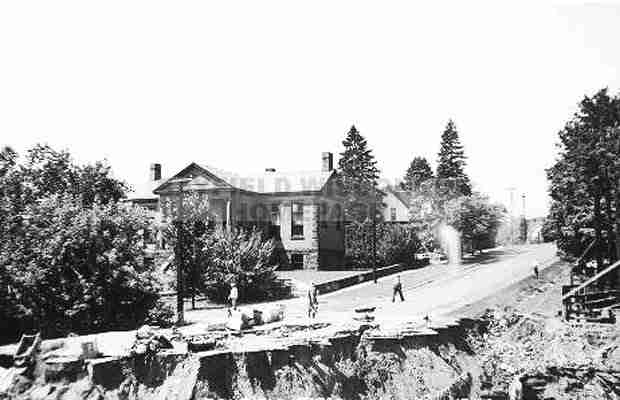 In 1942 there was no flood control dam to protect the city from the surge of water that came crashing out of the hills. The water cut Washington Street open and gushed down into the town.

The water crashed down into town from Washington Street taking backyard sheds and garages with it. 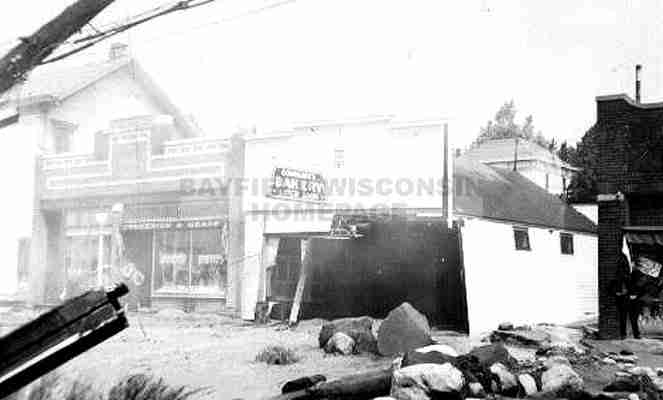 Those of you that have seen "Riding the Wind" show at Big Top Chautauqua know that during the program they sing about the flood. One part of the song refers to a boulder that rolled right through the bakery. 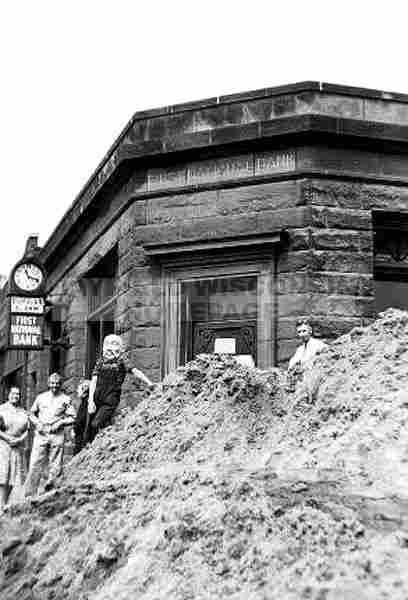 The flood rushed onto Rittenhouse Avenue leaving mud and sand everywhere. A huge pile in front of the First National Bank a beautiful brownstone building built by lumber baron R.D. Pike. Note: The child on the pile seems to be wearing a mask as a joke? 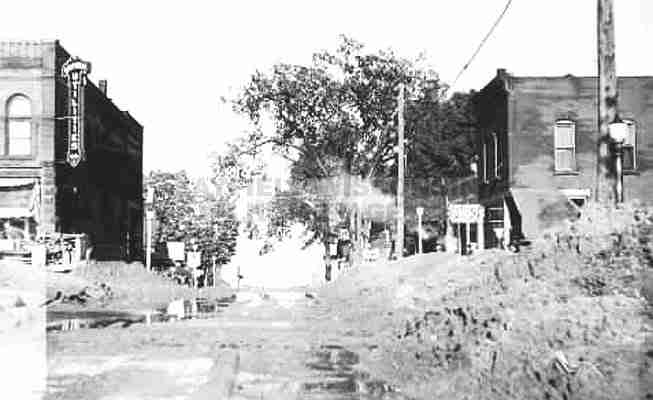 Looking down Rittenhouse Avenue toward the lake you can see the mud and sand everywhere again. I can't imagine how long it took to clean it all up. 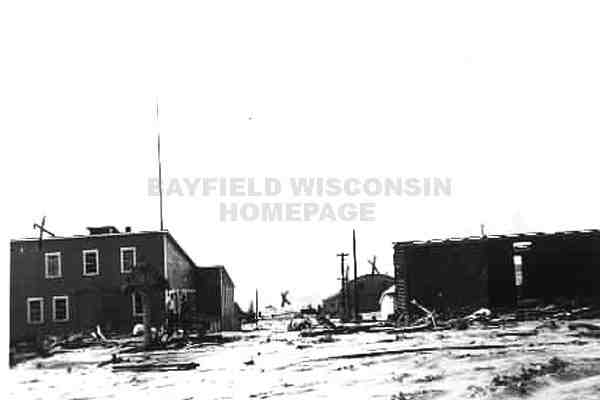 The water made it's way to the lake leaving a wake of mud,rocks and broken buildings. I had a chat with a lady one evening after the "Riding the Wind" program at Chautauqua. She was a lightkeepers daugher stationed at Raspberry Island lighthouse during the war years. On July 17th 1942 she with her family returned to Bayfield from the Lighthouse and recalled the harbor and the mess. She remarked the water was all brown and boat slips filled with sand. She has written a book with her poems about lighthouses and her memories of living in Lighthouses. The book is called:We,The Keepers Kids by Fran Carpenter Platske.